A former flour mill which has been converted into a modern art gallery, the Baltic Centre for Contemporary Art, otherwise known as BALTIC. 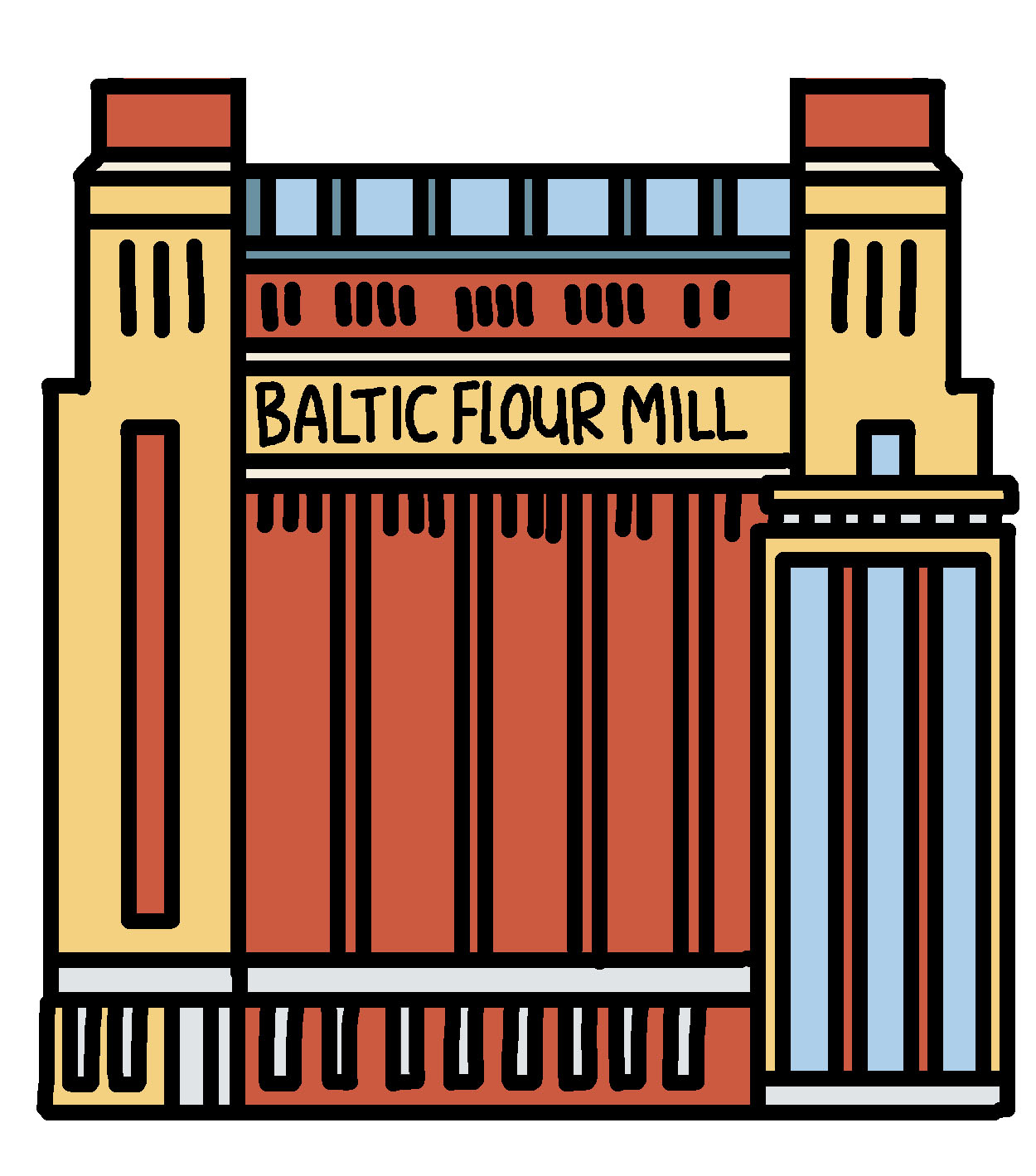